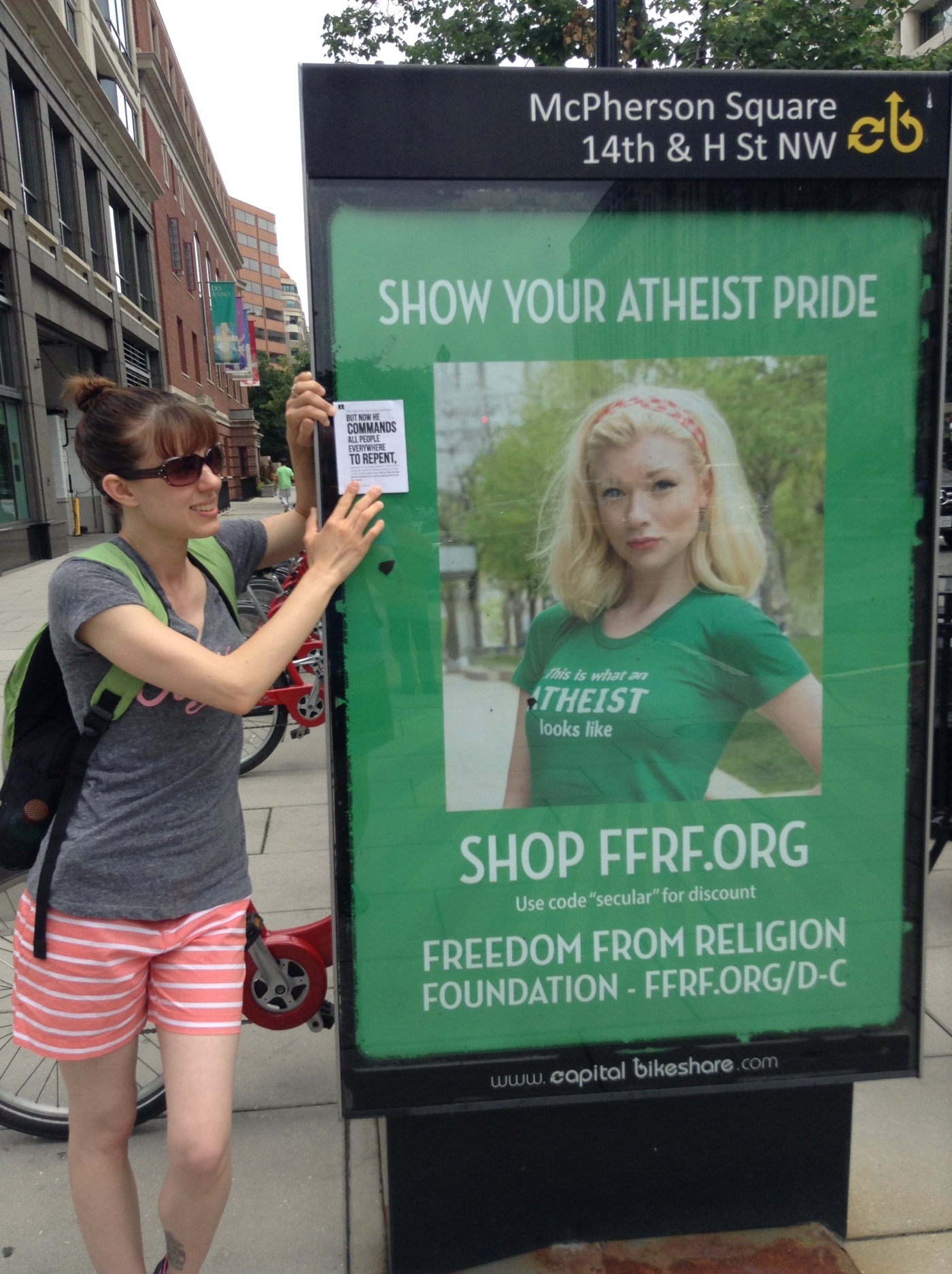 This whole gig is created / edited / run by “yours truly” ie me 🙂 Yep I’m a strange one, but it’s my site, and fortunately you will get the unrestrained force of my weird 😛 My name is Laura, and I’m just an average-Joe Christian that loves the Lord and loves proclaiming his gospel with WORDS anywhere and anytime that I can. I’m a writer by trade and generally introvert, but I still get out there and the Lord uses my weakness to display his strength.

Let’s see, I suppose I have to do the official credentials thing, but you won’t be very impressed—guaranteed! I guess the only reason I want to share is so you can see I semi know what I’m doing. Really I’ve been evangelising from day one of Christian 15 years ago. The heart has always been there, but the Lord has just matured me and my technique along the way.

My poor family were the first victims in my super-zealous, first-saved days. Eventually a pastor encouraged me to start carrying around gospel tracts (I can hear the gasps). Guess what? They work! It pleased the Lord to use one to bring me to the faith. At the time I was a cultural Catholic going to public school. (Gasp!). Yep, the Lord was still able to reach me in that environment. It’s still a favorite pastime of mine to put tracts on cars especially with anti-Christian and/or “Coexist” bumper stickers—did I mention especially the Coexist stickers? I was then introduced to Ray Comfort/Living Waters via a ministry I interned at for a few months.

Met the hubby from New Zealand at the ministry, got married and moved to the beautiful underbelly of the world. Early on, the Lord convicted both of us we weren’t really doing anything to share his gospel. One night while walking in downtown Auckland we stopped at a Korean prayer station. A nice man prayed for us, said my husband was going to be a pastor (we’ll see about that lol), and we decided Friday night every week was going to be evangelism night downtown. For the first four months I just handed out tracts, and didn’t speak to anyone because I was so terrified. Hence why when you say you don’t have the “gift” of evangelism I laugh at you, because neither do I; ie it doesn’t come naturally to me, at least at a social level.

Slowly I started participating in conversations I was listening to between my husband and atheists/agnostics/pluralists/liberals. Then it was time to branch off on my own, and I had my first solo conversation. My knees were knocking, heart racing and I kept losing my thoughts, but lo and behold I survived. Ten years later, I can now look an atheist straight in the eye and say, “You know God exists. I don’t have to tell you, convince you or prove anything. Like Romans 1 says, you just suppress his truth in unrighteousness and you know it.” Pretty much took all ten of those years to get to that point, so again evangelism is not a gift. It’s a learned habit and like anything else takes time to get used to and hone.

So I had my training grounds on the streets of Auckland with druggies, drunks, atheists, Buddhists, Muslims, Mormans, J-Witnesses, Catholics, liberals—pretty much any religious or cultural category you can think of. Eventually we met a group of Americans that came out during the 2011 Rugby World Cup, and the Lord used them to point us to a seminary in Greenville, SC USA where my husband is studying in the MDiv program and I’m studying towards my MA in Apologetics. We’ve been in Greenville four years now and have continued Friday nights downtown, and added abortion ministry. Yep we’re the crazy sign peeps standing out in front of the local murder mill, pleading with moms and dads not to murder their sons/daughters in the womb and to turn to Christ.

Oh and I, being the woman that God created me to be, also open air preach. In the pulpit/pastor position at church? No cuz the Bible says so. On the streets, different story. We can hash that one out later if you want 😉

My goal with this site is to encourage you to start looking at ways you can incorporate evangelism into your life naturally and unnaturally. Also to give you a “safe space” to read articles about my experiences and training techniques (and those of my friends) that hopefully will encourage you. As long as you have a mode of communication you, yes you, can be used by God to share the gospel with WORDS (noticed a theme yet?). I’ve seen the Lord work in so many amazing ways in every evangelism opportunity on the streets or otherwise. He’s matured me in my knowledge of him and his Word like no other through this work. Sadly, I think so many Christians are missing this awesome experience and growth in the Lord thanks to the major “silencers” of the modern church: Mr Devil, sin, the world, fear of man, excuses and friendship evangelism which is #fakeevangelism.

I know I’m a sarcastic pain in the butt, and that this “Who” section is waaaay too long, so kudos if you’ve made it this far, ha. But I love this work, and no matter where the Lord has you as a Christian, he calls 10 out of 10 of us to share the gospel with WORDS (sorry, I’m unashamedly trying to drill this in your head via not so subtle repetition). Until my dying breath, #realevangelism is the only thing I want to do or accomplish in this world wherever God places me—for his glory.

I pray he would break your heart for the lost, and that our sweet savior gives you the courage to enter in this war. It’s a spiritual war, and like the Christian life overall, it will cost you everything—mostly pride and reputation. You’ll have an extra bright-red target on your back from Uncle Satan, and he will relentlessly stop at nothing to discourage you from this work and make your life miserable until you stop. Oh, and Jesus said even though the harvest is ripe for the picking the laborers are few, and trust me he’s NOT kidding.