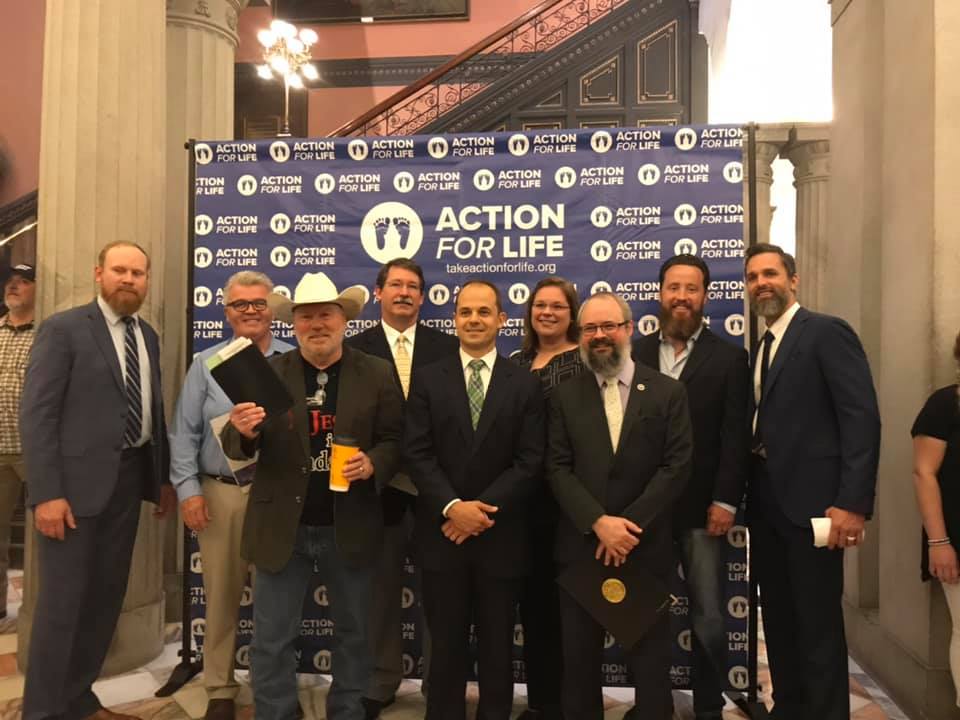 I was originally going to title this: A Rally to Remember II – Columbia, SC, but let’s use that as a subtitle, lol. I have to say yesterday at the South Carolina State House was just amazing! Not just because it was my first political rally, but more importantly because there is power in God’s Word, the gospel and standing up for truth. So much power that I was nearly brought to tears as I heard saints from all parts of SC and the US gathered together singing hymns at the top of their lungs that echoed throughout the whole building—def a little taste of heaven in that moment. Though I couldn’t fog up my eyes too much to make sure my 2-year-old didn’t dart off into the crowd on her own. Toddlers…

Due to kids I hung out in the back with my double stroller aka bus, but the unexpected benefit was I got to be entertained by the lawmakers whose salary I pay sneer and scowl at the proclamation of God’s Word, gospel and truth (looking forward to voting them ALL out). I’m not talking just a grim look on the face with pursed lips, I’m talking full-on meltdown, scrunched up face with arms flailing everywhere. Poor security dude, because when they peeped out of whatever room they were in to have their tantrum, they all complained to him about it, lol. But uhh, I thought the majority of these lawmakers were supposed to be Republican and pro life, yet there may have been only one or two of the pro life ones at least who came to check it out. As for the rest, flailing arms. Maybe they made a pact with each other not to go? Who knows, but there was a very obvious absence of them and women lawmakers as well. I also saw them sauntering around like they’re royalty when really they’re supposed to be public servants #yeahright. Yet that’s all the other side can do in response to the Spirit’s conviction in their hearts.

You’d think I was talking about democrats or atheists in the above paragraph, and some of them could have been. But as mentioned Republicans currently hold majority in both House and Senate out here, so most likely they were “pro life” Republicans. What was all the kerfluffle about anyway? Bill H4046 that would completely outlaw ANY form of abortion at ANY stage, AND criminalize both the doctor, mother and anyone else involved, AND pretty much ignore Supreme Court ruling in Roe vs Wade.

Wait, wait, wait, that’s too much for me to process. What? I thought that too when I first learned the truth about the pro life industry, and the fact that the Supreme Court doesn’t make law so states can actually ignore the rulings—marijuana legalization anyone? In which case I really don’t see the point of the Supreme Court rulings aside from them affecting the direct parties involved in any particular case. Anyway, the more shocking revelation to me about what the pro life industry believes is two things: mom is as much of a victim as her child she is murdering in her womb, and the reason why consistently biblical bills in the past/present like this have not gone through is because some politician who claimed to be pro life voted against it or encouraged lawmakers to vote for another irrelevant “incrementalism” bill. Also coupled with the fact that 50-plus years of the pro life industry have produced very little in terms of helping these little people in the womb. In fact, things have only gotten worse under their watch where mom’s can murder babies at later and later stages of development, heck even after they’re born.

Let’s start with the mother being a victim mentality. This belief of the pro lifers is not as shocking to me because I know it well. You see, I am one of those “crazy” people who stand outside abortion mills with signs, sharing the gospel with mom, boyfriend/partner/husband/whatever/whoever. No I’m not pelagian, as most of you should know by now who have read other posts of mine—I give law to the proud and grace to the humble as Scripture says (Jas. 4). But uh, anyone that’s ever done this work would overwhelmingly agree, the mom is not a victim. After you offer her a world of help physically and spiritually, and she flips you off or says she enjoys eating fetuses for breakfast, nope…not a victim. Now mind you in the case of getting pregnant from rape, if it’s actually a legit case, yes they are a victim of that. Yet if they choose to murder their son/daughter for the crime of the father, they are not a victim in that instance, the baby is. Why don’t we ever think that? Yes, the human being (Ps. 139) that’s being murdered via chemicals or cutting, or other tortuous forms outside the womb (we all know this happens), is the actual victim.

50-plus years of the pro life industry have produced very little in terms of helping these little people in the womb. In fact, things have only gotten worse under their watch…

Murder is sin (Ex. 20), and suffering the consequences of murdering a baby does not make the mother a victim (which by the way she never stops being a mother just because she disposes of her baby), it makes her a sinner that needs to repent and trust Christ (Mk. 1). Everyone else has to come to terms with their sins against God that will land them in hell (including myself; Rom.6, Rev. 21), so why are we robbing mothers of the chance to be confronted by their sin so they will run to Christ by pretty much sidestepping the issue? Murderers are not unique in this, we all must suffer the consequences of our sins as well (2 Sam. 12).

In the case of rape, trying to deal with one sin/crime by committing another sin/crime will not solve the problem or make mom feel better—she’ll actually feel worse and be haunted by her choice to murder her child—we’re talking 20-50 years down the line. As far as the financial argument goes, mom is left on her own and can’t afford the child. Well A, she most likely committed the sin of fornication (1 Cor. 6; sex outside of marriage, though some married couples do murder their children as well), so again consequences, and B, there are plenty of helps out there for moms whether she wants to adopt or be a single mom. But adoption and single motherhood are hard. Ok, and choosing to murder their son/daughter isn’t? Come on now.

Next, the more shocking revelation about the pro lie industry I should call it, lol, is that they don’t actually want abortion to end. Yep that’s right, actions speak louder than words. Now when I say pro life “industry” I’m not talking about everyone involved, I’m more referring to the big wigs and politicians at the top. One would hope that the majority of pro lifers actually want abortion to end. Why the top dogs are showing they don’t want abortion to end completely is anyone’s guess, but most likely because if it is done away with there won’t be a need for the pro life industry or politicians. No more money, no more power.

H4046 in South Carolina is not the first bill put forth that would end baby murder in the state. There are currently similar ones in Texas, Oklahoma and Arizona. There have been others in the past shot down by pro lifers as well. As an example, you can listen in the video of the SC rally to Pastor Jeff Durbin talk about how the main pro life lady in Arizona usurped his bill by convincing legislators not to vote for it. Instead, they voted for her bill which says babies with Down syndrome can’t be aborted and mothers must have proper burials for their baby after they murder him/her. Yeah, easy to get around the Down syndrome clause and really with the burial? So it’s ok to murder your son/daughter as long as you give them a proper burial.

Durbin says the pro life industry is the biggest obstacle standing in the way of ending abortion and I agree. Especially after seeing it with my own eyes at this past rally. We’re already almost a week after the rally and to my knowledge lawmakers know it’s listed but just haven’t gotten around to discussing it conveniently. I believe the sentiment that it will cause a civil war has been thrown around as well. Everything will cause a civil war these days apparently. It’s quite obvious that the US society and the West in general is falling apart the more people turn away from God’s law and glory to man’s.

So anyway, despite all these obstacles and unpopularity of God’s truths, keep at it Church! Christians are called to be faithful whether people will accept it or not. I’m currently reading through the major/minor prophets in the Old Testament and yeah, none of them were exactly popular and loved among the Israelites for constantly having to call out the people for their rebellion. Let’s continue to press the gospel pressure to this perverse and wicked culture (Phil. 2) whether they accept it or not. Amen.

Here are two links of videos to watch on this matter: speakers from the recent SC rally here, and Babies Are Still Murdered Here which interviews big wigs from the pro life industry and talks about their hypocrisy here.

Below are two links to petitions to sign to support H4046 and end tax dollars going to fund abortions in SC:

*Picture taken from Facebook of the various speakers at the SC rally for H4046. I know a ton of people took this picture on the day, so if anyone wants to claim it I’m happy to give them the credit 🙂